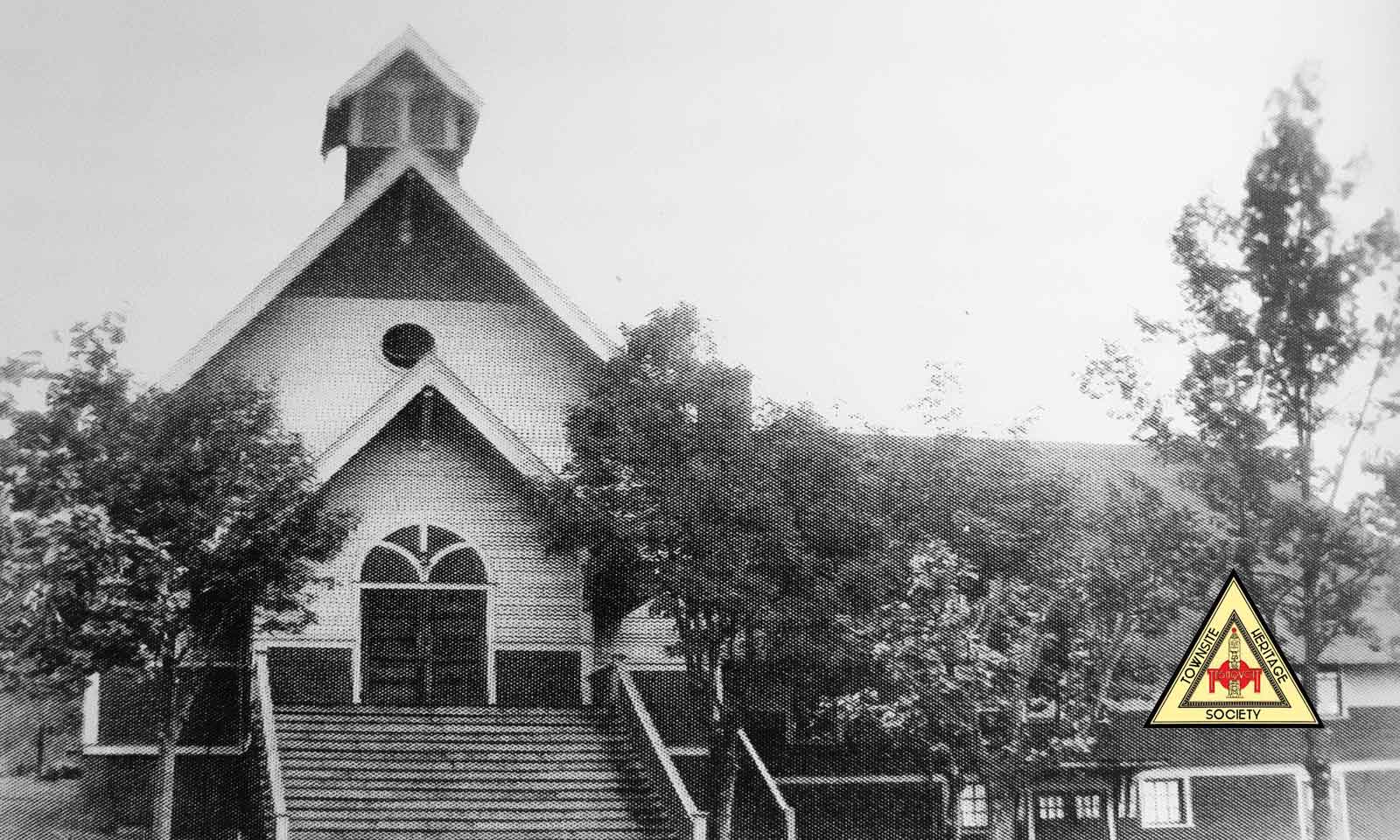 The construction of St. John’s Church was the result of the residents of Powell River pooling their resources together to build a nondenominational place of worship.

The Powell River Company had a policy of keeping itself removed from the community’s religious activities. Nevertheless, they made a substantial donation in order to have the church completed.

St. John’s was built in 1913 in a traditional Gothic Revival style. Added to the facade of the church are “craftsman brackets”, these being the significant feature of most Powell River homes of the time. St. John’s was the only nonresidential structure to incorporate their use. The brackets can be seen particularly clearly in this early photograph. There are a total of six brackets, three appearing to support each of the two eaves.

A unique feature of the architecture of St. John’s is the inlaid wood arch above the entrance doors. The style is of Moorish origin, usually found in Moslem mosques. Uncertain as to the reason for the choice of entrance, we do know that the effect of the design is to give an open, expansive, light and airy feel.

As the church catered to a number of denominations it may have chosen this feature as the best way to make everyone feel that St. John’s was their own place of worship regardless of denomination. Having remained a multi-sectarian church since 1911, St. John’s resisted joining the fledgling United Church of Canada movement of 1924 as it had always acted under similar precepts. In 1951, however, it did join and was renamed St. John’s United Church.

Explore our site for more information on the history of the Townsite, and enjoy a virtual tour of the historic district as well!

Townsite Walking Tour: Here you can take a virtual stroll through Powell River’s Historic Townsite with a commentary on each tour stop.