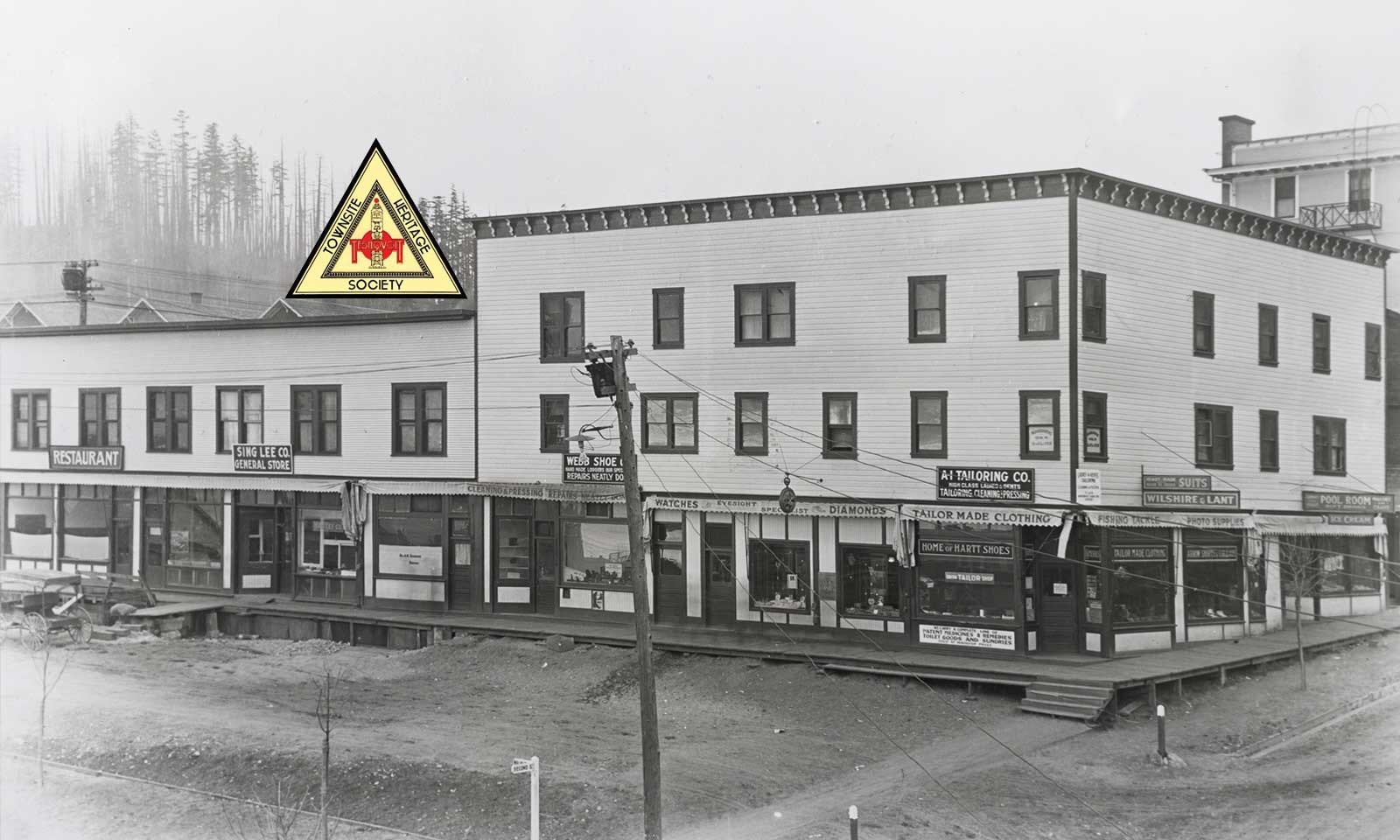 Another of the first buildings to be erected in Powell River was a simple and functional Frontier style structure which housed dry goods, groceries and offices.

Sam Sing (the name he used when emigrating from China to Canada) obtained ownership of the store and property during an early financial crisis which faced the Powell River Company. The Company handed out titles of ownership to their land in exchange for badly needed cash.

When the company was solvent again it bought back the rights to ownership. Sam Sing, however, decided to retain his and owned and operated the “Sing Lee Block’ until selling it back to the company in 1917. When the company regained ownership of the property it was renamed The Company Stores.

In 1941, the Frontier style structure was razed and the ultra-modern Bauhaus style building erected in its place. The new stores were so startling in appearance that people described it “as though a spaceship had landed in town”.

Explore our site for more information on the history of the Townsite, and enjoy a virtual tour of the historic district as well!

Townsite Walking Tour: Here you can take a virtual stroll through Powell River’s Historic Townsite with a commentary on each tour stop.